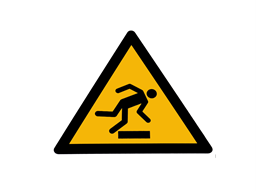 Concept and types of public liability claims in England

If you have an accident on an area open to the public and sustain injury and/or financial loss as a result, then you may have a claim against the person or company that owns or is responsible for that area. This is because they owe a duty to take reasonable care to ensure that people in the area that they own are safe.

Steps to take following an accident in a public area

Liability on public liability claims is often difficult to prove. It is therefore very important that in the first instance, victims of an accident in a public area obtain as much evidence as possible to prove the issue/defect that caused their accident, like, for example, taking photographs of the defect and obtaining contact details of potential witnesses of the accident. It is also important that they report the incident to the relevant authority as soon as possible after the incident.

The responsible authority of the public area will then have to prove that a reasonable system of inspection of the area was in place in order to escape liability.

We will study carefully the merits of your public liability claim and will let you know if we feel that the prospects of success are favourable. If we feel that prospects are favourable, we will be happy to take it on and offer you a no win no fee agreement with an associated after the event insurance policy to fund your claim.

As for most personal injury claims brought in England, the time limit to issue court proceedings is three years from the date of the accident. Therefore, if you had an accident in a public area, it is very important that you contact a solicitor as soon as possible to ensure that all necessary steps are taken in a timely manner and avoid the risk of becoming time-barred.

Potential compensation if the claim is successful?

If your claim is successful, you will be entitled to an award for pain, suffering and loss of amenity (ie. “general damages”) and past and future financial loss including loss of earnings, travel costs to attend to medical appointments, medical expenses, costs of medical treatment, cost of care and assistance and other miscellaneous expenses (ie. “special damages”)