Injured on a plane: how can I claim compensation to the airline?

The Montreal Convention 1999, incorporated into English law by the Carriage by Air Act 1961 (as amended by the Carriage by Air Acts (Implementation of the Montreal Convention 1999) Order 2002) applies to claims for death or personal injury sustained by passengers of international flights, either during the actual flight or in the process of embarking or disembarking the aircraft.

In that regard, Article 17.1 of the Convention establishes that:

Regarding the issue of jurisdiction, the Montreal Convention establishes on art 33 as follows:

33.2. In respect of damage resulting from the death or injury of a passenger, an action may be brought before one of the courts mentioned in paragraph 1 of this Article, or in the territory of a State Party in which at the time of the accident the passenger has his or her principal and permanent residence and to or from which the carrier operates services for the carriage of passengers by air, either on its own aircraft, or on another carrier’s aircraft pursuant to a commercial agreement, and in which that carrier conducts its business of carriage of passengers by air from premises leased or owned by the carrier itself or by another carrier with which it has a commercial agreement.

As to the issue of applicable law to the procedure, Art 33.4 establishes that:

Therefore, a victim of death or personal injury during the course of an international flight (or in the process of embarking or disembarking the same) is entitled to pursue a claim in the Courts of their country of residence or alternatively, the country where the carrier is domiciled. The procedural law of such a country will be applicable to the claim.

Consequently, if a claim is issued in the Courts of England and Wales, English law will be applicable to the procedure. The value of the Claim will also be determined in accordance with English law.

Article 35 of the Montreal Convention establishes as follows:

It is worth noting that the limitation periods under the Montreal Convention are extremely strict which means that the possibility of an extension is very unlikely to be granted by a judge, if at all.

Liability of carriers for personal injury affecting an international airline passenger is exclusively governed by Article 17 of the Montreal Convention 1999:

“The carrier is liable for damage sustained in case of death or bodily injury of a passenger upon condition only that the accident which caused the death or injury took place on board the aircraft or in the course of any of the operations of embarking or disembarking.”

The necessary ingredients to establish liability are therefore:

(3) taking place on board or during embarkation or disembarkation.

However, in addition to the above, Article 17 of the Montreal Convention requires that a Claimant establishes that his/her injuries were caused by an “accident”.

In the case of Air France v Saks, the US Supreme Court decided the meaning of the same test in the Warsaw Convention in the following terms:

“We conclude that liability under Article 17 of the Warsaw Convention arises only if a passenger’s injury is caused by an unexpected or unusual event or happening that is external to the passenger… But when the injury indisputably results from the passenger’s own internal reaction to the usual, normal and expected operation of the aircraft, it has not been caused by the accident, and Article 17….. cannot apply.”

It was also determined that there can be no accident ‘when an injury indisputably results from the passenger’s own internal reaction to the usual, normal and expected operation of the aircraft’.

Therefore, the key on every case will be to determine whether or not, a Claimant’s accident can be considered as an “accident” within the meaning of Article 17.1, which is not always a straight forward issue. 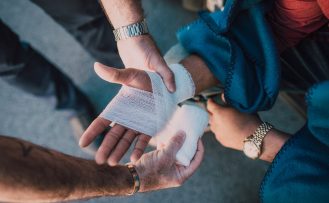 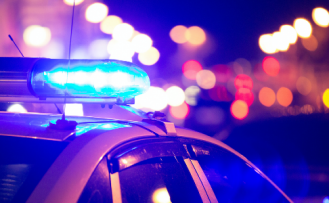