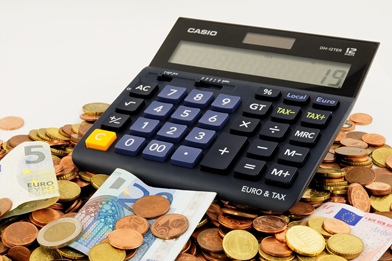 Are injury compensations subject to taxation in Spain?

This is an issue raised by many Spanish resident clients after receiving compensation for injuries sustained in England and which often comes as a surprise to English Solicitors in charge of the case because each country has its own tax rules.

In Spain, the determination of whether or not injury compensations are exempt of IRPF (Income Tax of the Physical Persons) is included in article 7 of the Law 35/2006, of 28 November, of the Income Tax of the Physical Persons and of partial modification of the laws of the Taxes on Societies, on the Income of non-Residents and on the Heritage (BOE of the day 29), including on its paragraph d) the following exemptions:

« Compensation as a result of civil liability for personal injury, in the amount legally or judicially recognized.

Likewise, compensation for the same type of damages arising from accident insurance contracts will be exempt, except those whose premiums could have reduced the tax base or be considered a deductible expense by application of rule 1.ª of section 2 of article 30 of this Law, up to the amount that results from applying, for the damage suffered, the system for the assessment of damages caused to people in traffic accidents,incorporated as an annex in the revised text of the Law on civil liability and insurance in the circulation of motor vehicles, approved by Royal Legislative Decree 8/2004, of 29 October ».

In other words, in accordance with the provisions of article 7 d) of the Personal Income Tax Law, the following shall be exempt from taxation:

What is meant by judicially or legally recognized compensation?

A compensation award is considered to be legally recognised when a rule determines the amount of compensation. This amount, therefore, will be exempt from tax, although any excess will be subject to tax.

A compensation award is judicially recognised if it has been fixed by a judge or a court by a court decision. It is also possible that the award has been agreed between the parties, provided that there is any kind of judicial intervention (for example in an act of conciliation or judicial settlement of some kind)

A taxpayer in a situation of temporary disability as a result of an injury inflicted by a third person in December 2016 consults the tax agency to find out if the compensation of €25,000 received through an out-of-court settlement would be exempt from taxation. The value of compensation was quantified by applying the system for the assessment of damages caused to persons in road accidents of the consolidated text of the Law on Civil Liability and Insurance in the Circulation of Motor Vehicles (the baremo).

The issue was resolved through the consultation of the General Directorate of Taxes on  January 16, 2018 (binding consultation V0040-18)  which concluded that for the compensation received to be exempt from Personal Income Tax, it is necessary that the compensation was awarded in respect of personal injuries and that the amount awarded was recognized legally or judicially. However, in the case described, the tax consultation  resolves that the taxpayer must pay personal income tax because the exemption of article 7 d) of the Tax Law is not applicable since we are not dealing with a traffic accident or insurance contract and the amount awarded was also not determined judicially in the aforementioned terms.

A taxpayer has received compensation for injuries suffered established in a judgment of June 20, 2018 within an abbreviated procedure relating to injuries sustained as a result of crime pursuant to article 150 of the Criminal Code and asks the General Directorate of Taxes whether or not such compensation should be subject to taxation.

In its response (Binding Consultation V0198-19, of January 30) it determines that in this case the compensation is covered by the exemption provided for  in article 7 of the IRPF law (personal income tax law) so it is not subject to taxation since the amount was determined judicially (by means of  a judgment). 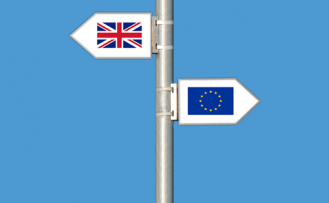 This website uses cookies to improve your experience while you navigate through the website. Out of these, the cookies that are categorized as necessary are stored on your browser as they are essential for the working of basic functionalities of the website. We also use third-party cookies that help us analyze and understand how you use this website. These cookies will be stored in your browser only with your consent. You also have the option to opt-out of these cookies. But opting out of some of these cookies may affect your browsing experience.
Enregistrer & appliquer